BTC surged from $6,190 to $6,990 in 7 hours, however, it failed to capture $7,000 and is has started a pullback. This pullback could unveil itself in two different scenarios, each sending the price in a different direction.
60 Minute Bitcoin Chart 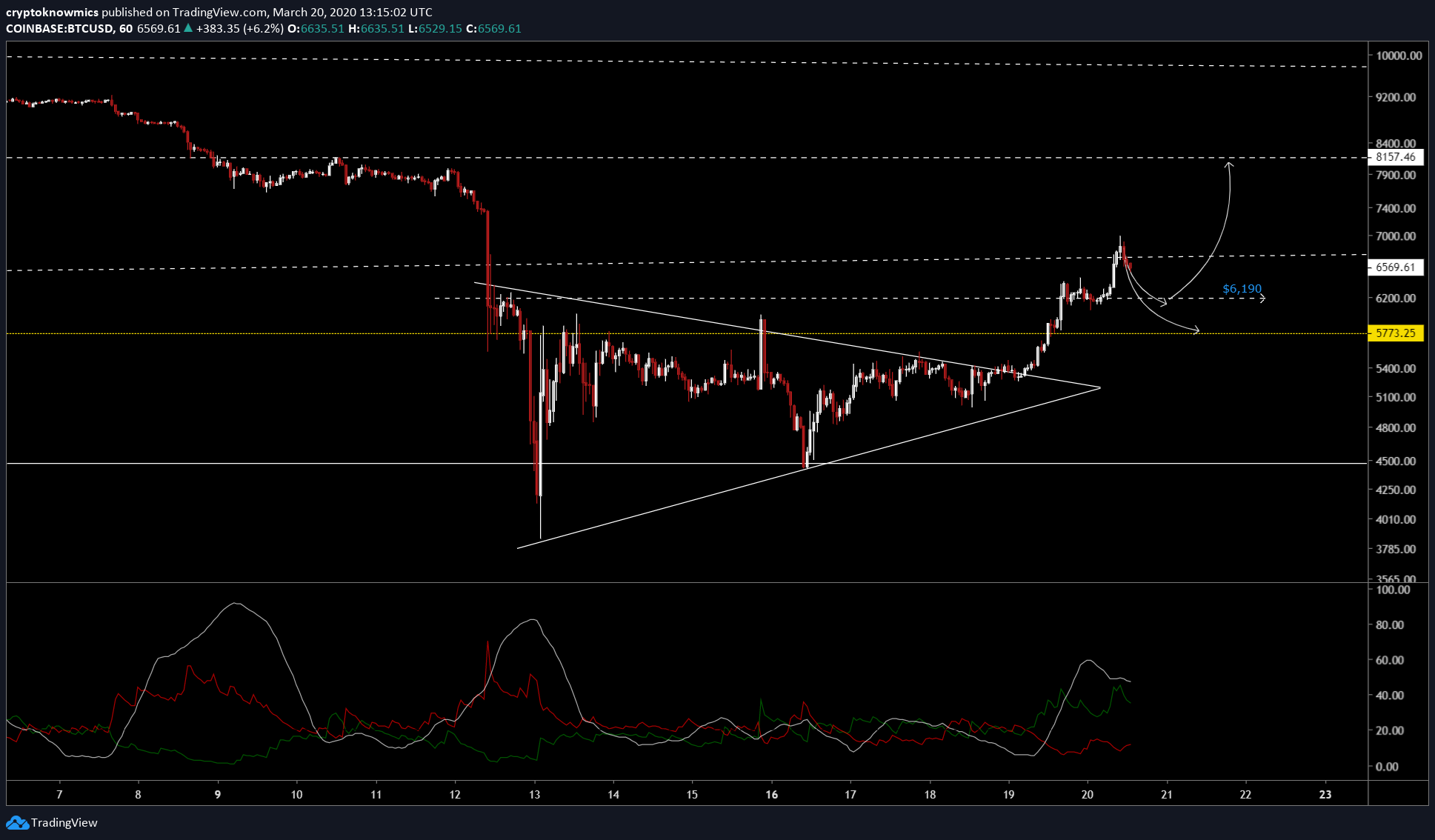 The one hour chart indicated that the consolidation for BTC was completed and that the price was on its way to conquer $7,000, $8,000 and other important psychological levels. On its way to these levels, bitcoin faced resistance at $6,990, which prevented the price from rising higher. This has resulted in a pullback that has plans of dragging bitcoin back to $6,190 and $5,775.

The first level would mean the price has to decline a total of 4%, the other level would cause bitcoin to trend downwards and shed 11%. A bounce from either of these levels would have a higher chance of breaching the resistance at $6,190 and $6,990.