Bitcoins dip is now a thing of the past as its price has rallied constantly from $3,860 to its current price of $6,740. With a 10% surge in the last 24-hours, the king coin is performing comparatively better than it did last week. However, this surge might be coming to an end considering the formation of an extremely bearish pattern - Death Cross. 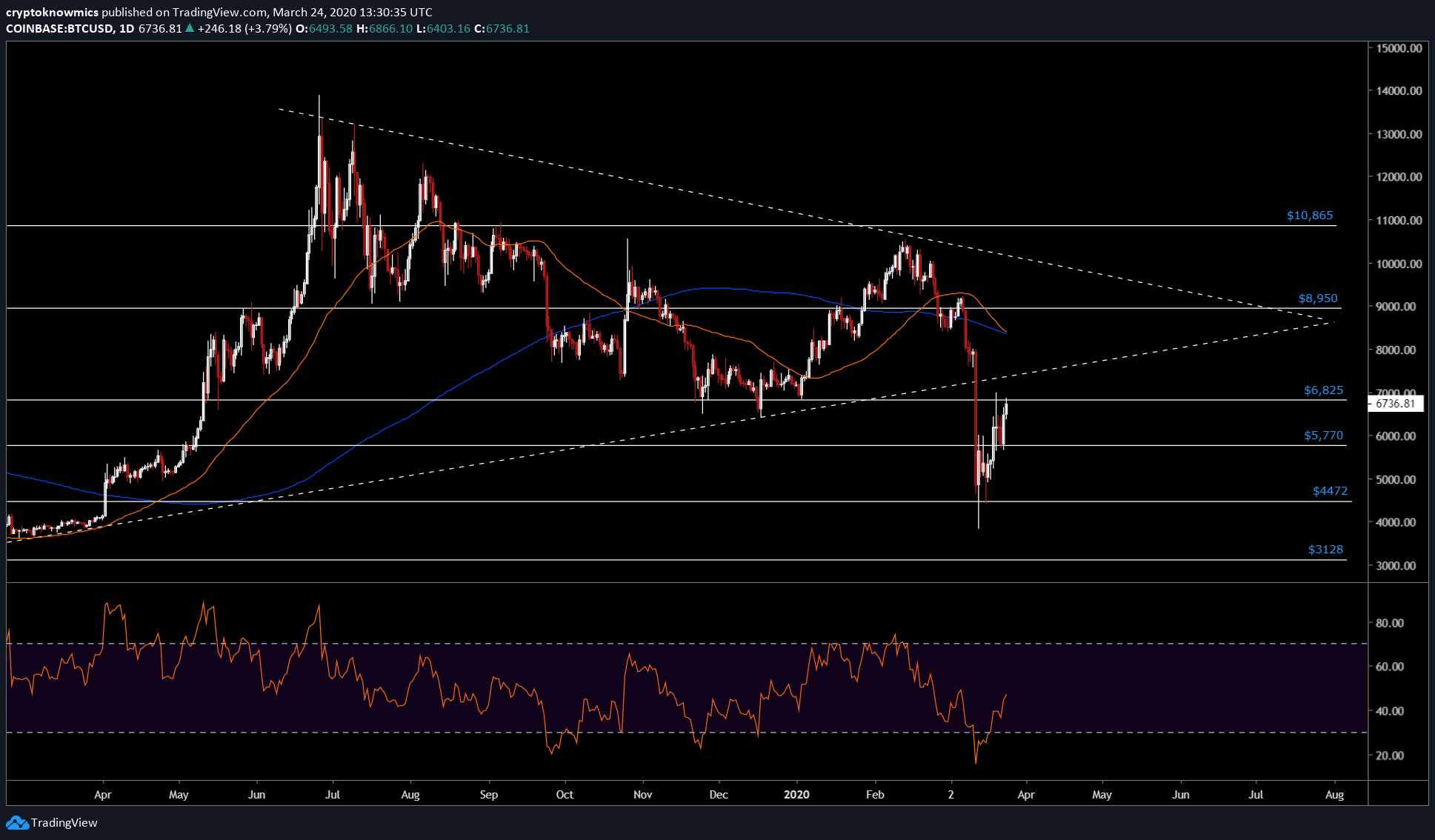 Bitcoin its descent on February 24, 2020. While nobody expected the price to collapse by the amount that it did, the price of Bitcoin went from $10,030 to $3,860. This was a fall that stunned the entire ecosystem. However, since this drop, BTC has managed to rally to $6,700, which happens to be the current price of Bitcoin.

As shown, there is overhead resistance at $6,825 that BTC has faced and rejected. As mentioned, Bitcoin's future depends on this aforementioned resistance and breaching this level would mean a bullish trend. However, if it fails, the price will head lower to the next immediate support.

If today's close breaches $6,825, then the next target for Bitcoin would be the intersection at the sloping resistance - $7,400. Unless the price breaches manage to breach the resistance today, the price will drop to the first support at $6,440, further bearish pressure would push the price to $5,770.